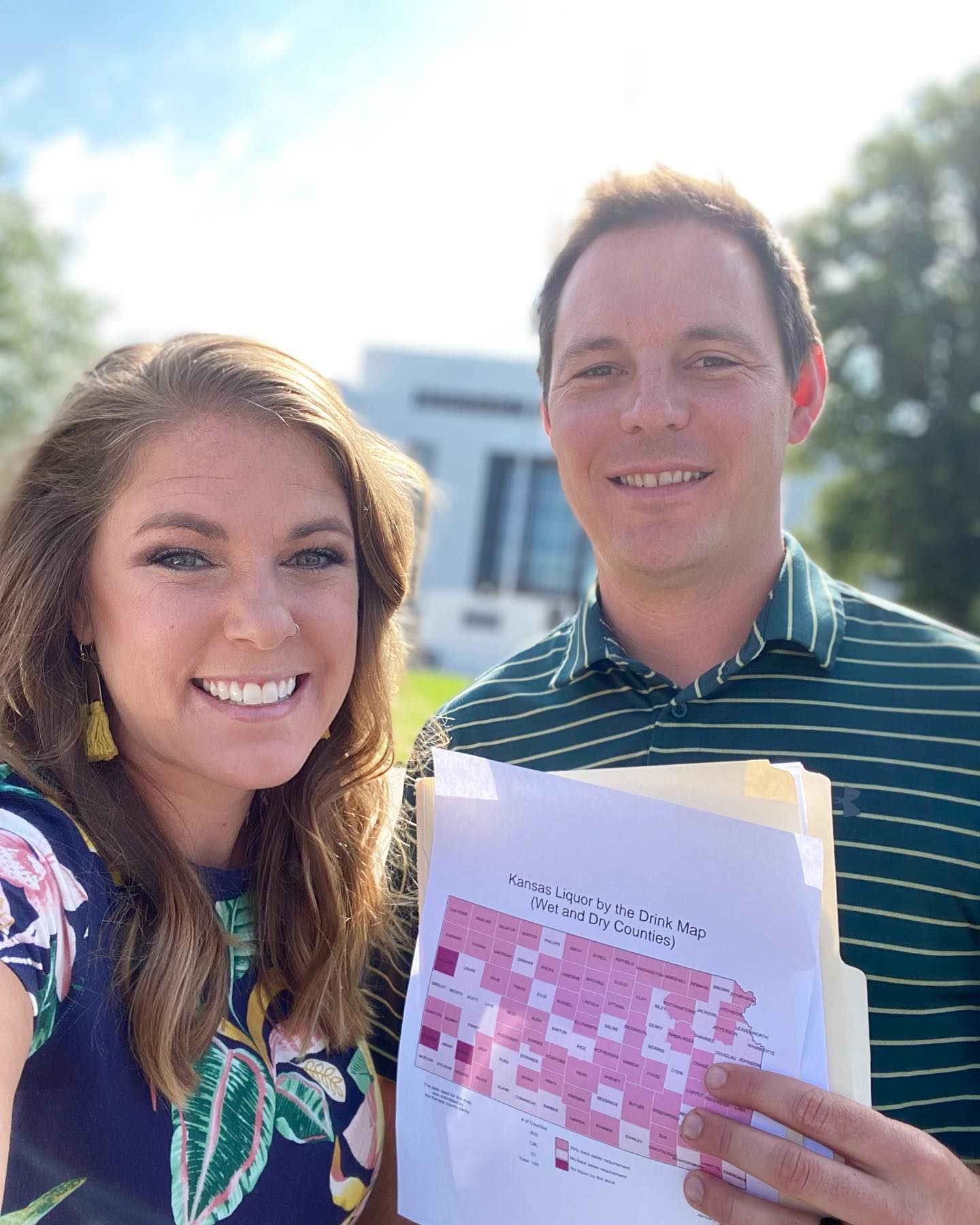 Recently our request to the Republic County Commissioners was covered in the Belleville Telescope. You can read the entire article below.

Republic County voters will be asked in November whether to remove a requirement that establishments that sell liquor-by-the-drink must also sell food.

Republic County Commissioners were asked Monday morning to put the question on the ballot by Luke and Jennifer Mahin, who plan to open a craft brewery and tap room called Irrigation Ales in Courtland later this year.

In Kansas, counties have the local option whether to allow sales of alcohol with or without food. Currently in Republic County, a business must derive at least 30 percent of their gross receipts from food sales to also sell alcoholic drinks.

Mahin said that many craft breweries like the one he and his wife, Jennifer, plan to open do not want to compete with restaurants.

“We’re not a restaurant,” he said. “We don’t want to compete with our great selection of restaurants. We want to focus on craft beer.”

Mahin said the proposal to open the brewery in Courtland is not dependent on approval to remove the 30 percent food rule. Their tap room will serve food items like appetizers and snacks, and they could partner with another Courtland restaurant to serve entrees, he said.

But changing the rule could help encourage other potential local breweries, wineries or distilleries, and benefit businesses like a bowling alley or private clubs that want to open to the public, he said.

About a third of Kansas counties have voted to eliminate the food requirement. Only three counties in the state--all in southwest Kansas--are “dry” counties.

County Clerk Kathleen Marsicek said a resolution will be drafted on the question to be approved by commissioners at a future meeting.

Irrigation Ales is the result of a decade-long hobby for Mahin and his father, Bill.

Luke Mahin helped start the Courtland Fermentation Club in 2014 shortly after the state of Kansas allowed residents to share home brew outside of families.

“We found out that rural stereotypes were wrong and even Busch Light fans are interested in craft beer,” says Mahin. “There’s a long history of closet homebrewers or winemakers in the area. The club had visitors from all ages (21+) driving over 45 minutes on a Tuesday night to share from NCK and Nebraska.”

By 2018 Luke, Bill and Luke’s brother Caleb Mahin secured a downtown building in Courtland which allowed them to homebrew more often and began renovations. Since then, they have won awards at competitions from the Kansas City Bier Meisters, Hays Homebrew, Norton Arts Council, and others.

Mahin said that Irrigation Ales will focus on the award-winning craft beers they have already developed, as well as adding new flavors that incorporate local produce like blackberries raised at the Depot Market, and wine grapes grown by Dave DeJoia, Courtland.

Mahin said he and his wife’s interest is not to produce large quantities for the wholesale market, but a community brewery model that showcases a local product and attracts tourists to the area.

The Mahins are native to Courtland. Luke is a partner in JenRus Freelance, a marketing agency, which includes Republic County Economic Development among its clients. Jennifer Mahin, a native of Columbia PA, is the STEM (Science, Technology, Engineering and Math) instructor for USD 109/Republic County.

“We’ve been inspired by other breweries in rural Kansas and Nebraska becoming destinations and drawing people to their local products and unique culture,” says Luke. The tap room will tentatively be open on Thursday and Friday evenings and Saturdays. Opening date is dependent on licensing approval by state and federal agencies, he said.

The name is a nod to the Kansas-Bostwick Irrigation District and the positive impact of irrigation on the local economy, Mahin says. Bill Mahin, his father Bill Sr., and Luke all worked for the irrigation district.